You are here: Home / Health & Fitness / List of the Healthiest and Most Beneficial Spices 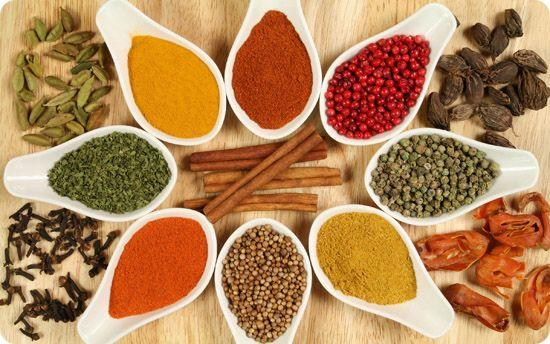 Adding spices to your meals won’t just aid their depth of flavour; they’ll also help boost your immune system, ensure your digestive system is running smoothly, aid aches and pains and help heal many other elements. This article runs through many of the common herbs you might find lurking in the back of your cupboard, and reveals to you their medicinal natural healing properties. 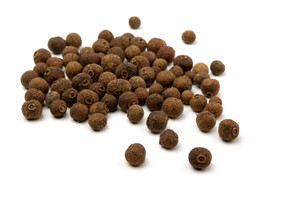 Whilst its name suggests it’s a combination of spices, it is sourced from a single plant’s berry. Its flavour is a combination of nutmeg, pepper and cinnamon. It’s used in alleviating aching muscles and teeth, relieving rheumatism, treating flatulence and aiding the digestive system. 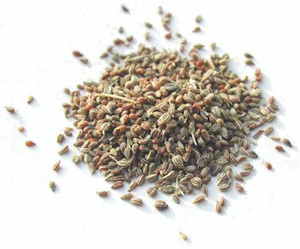 Ajwain can be confused with caraway due to its similar texture and flavour. Similar to all spice, it’s a spice for aiding our digestive system. It’s used for treating flatulence, nausea, vomiting and irritable bowel syndrome (IBS) thanks to its anti-spasmodic properties. It’s also traditionally been used to help cure colic. 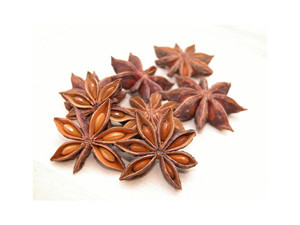 Similar to liquorice and fennel in flavour, this spice is often used tin baking for exotic flavour. Its medicinal uses include combating indigestion and flatulence, as well as alleviating coughs and sore throats. Rather unusually, some cultures use it as a breath freshener! 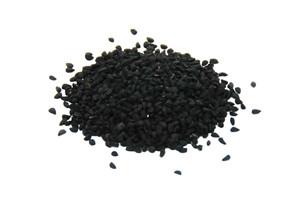 Black cumin seeds are often used for adding their distinctive flavour to salads and savoury bakes. Like many spices, they aid digestion and combat flatulence. It’s also great for relieving both toothaches and headaches and helping combat respiratory problems caused from asthma and allergies.

Alongside salt, pepper is used in the seasoning of almost any savoury dish – and is one of the world’s most well used spices. Its health benefits include treating rheumatism and inflammation, aiding digestion and combating nausea. Eat enough of it, and it also acts as a natural laxative! 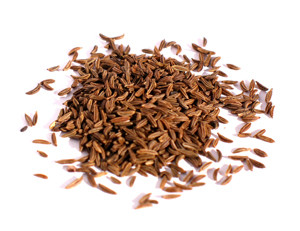 These seeds have slightly a sweet flavour, used in rye bread and other baked goods to add a wonderful depth of flavour. Combating colic and flatulence, it’s also an antispasmodic; great for suffers of IBS. 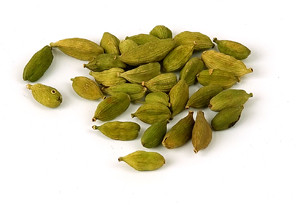 Cardamom is another slightly sweet spice, often used in Indian cooking and the creation of chai tea (along with cinnamon). A little cardamom goes a long way, so use sparingly! It aids digestion and helps combat both respiratory conditions and inflammation. It’s also been traditionally used in treating liver related pains and problems. 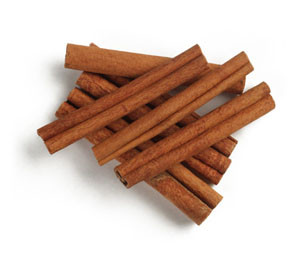 Cassia is often confused with its similar-tasting but distantly related cousin cinnamon. Its anti-microbial and antibacterial properties mean it’s great for detoxing the body and alleviating food poisoning symptoms such as diarrhoea and nausea. 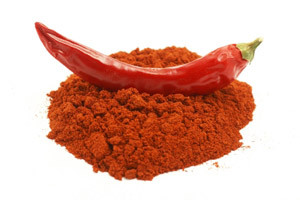 Cayenne is a spice from the red cayenne pepper. It adds heat and peppery overtones in meals; dusted over humus and other cool dishes to add conflicting flavour, in providing the heat and colour of goulash and in a whole host of Asian cooking – it’s one of the world’s most used spices. It’s also known to relieve pain including from headaches and migraines, relieve symptoms of rheumatoid and osteoarthritis, boost your metabolism levels thereby increasing weight loss and energy levels and for clearing-up ear infections and psoriasis symptoms. 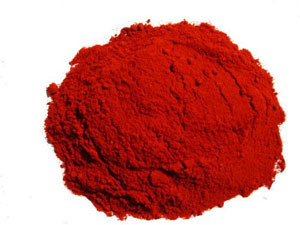 Chilli peppers are a broad family of peppers, all with the same commonality; capsicum, the chemical compound that gives them their spicy heat! Be sure to check the spice (capsicum contents, measured on the Scoville Scale), to make sure you don’t make your dish inedible! People suffering a cold or flu often use them as a decongestant, and they also aid weight loss by accelerating the metabolic rate. They’re also used to help relieve pain, though can also cause it if you’re too heavy handed with this warming spice! 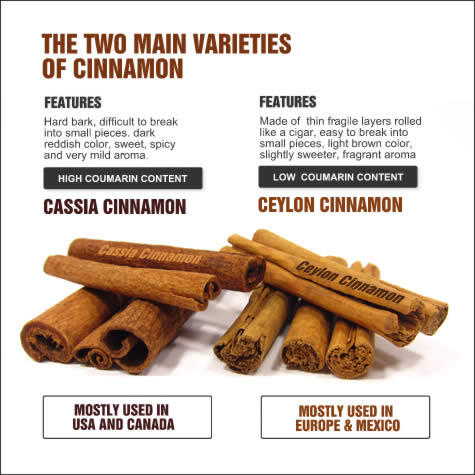 Synonymous with Christmas, Cinnamon is typically found either ground into a powder or as ‘cinnamon sticks’. It is a versatile spice with a distinctive flavour used in savoury, but more often than not, sweet dishes. It also can be added to smoothies, tea (helping create chai tea), coffee and even alcohol (such as mulled wine). Its health benefits include combating illnesses of the digestive system from indigestion, loss of appetite all the way through to diarrheal. It’s also used as a natural sweetener by diabetics, and has antibacterial properties. 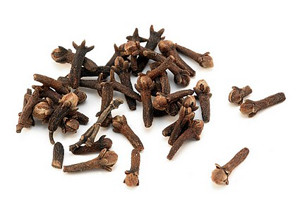 Cloves conjure up images of Christmas and exotic spices, with their distinctive sweet smell. They are used in baking, sweetening savoury dishes and creating chai tea and mulled wine. Their healing properties include easing tooth ache and can be used as a local anaesthetic, they help ease symptoms of indigestion and food poisoning and are also an aphrodisiac. 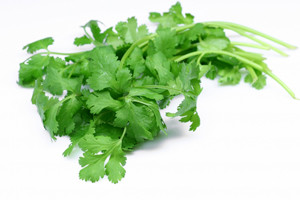 Whilst the leaves of the coriander plant are a herb, the seeds are a spice. Used to season dishes with its distinctively sweet overtures, it can be used with cumin to spice Indian vegetarian dishes such as cauliflower bahji. Like many other spices, it aids digestion and combats flatulence. It also helps ease headaches, helps reverse lost appetite and has anti-microbial properties. 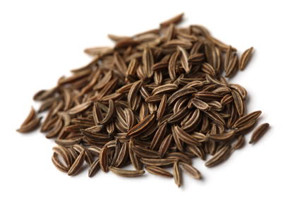 Cumin seeds, with their bitter taste, are an integral part of many Asian and Middle Eastern cuisines. They are a diuretic, helping ease diarrhea and indigestion. They also help lower muscle spasms, useful for athletes and sufferers of IBS. 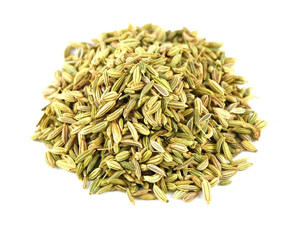 Like coriander, fennel’s leaves are a herb and its seeds a spice. It tastes similar to liquorice and anise, sharing many of their medicinal properties. These include fighting flatulence and preventing muscle spasms. They also stimulate lactation, useful for new mothers, and also help cleanse the eyes. 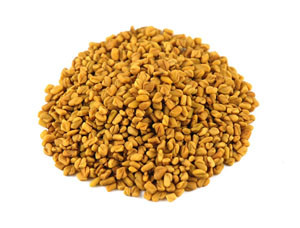 Fenugreek is an unusual spice tasting somewhat of maple syrup, used in curries as a natural sweetener. It triggers our appetites, and also helps heal diabetes, tuberculosis, dyspepsia and fevers. Like cloves, it is also a natural aphrodisiac. 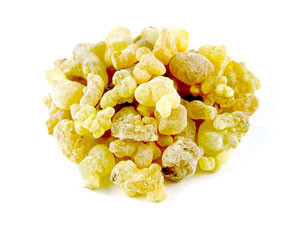 Frankincense is the second spice given to Jesus by the three kings. It comes in the form of a sweet gum, added to rice and breads as a flavoursome binding agent. Perhaps one of the reasons it was revered in ancient times is its medicinal uses. These include helping clear up acne, healing new wounds and regenerating scar tissue, helps to prevent bacterial and fungal infections and relieves arthritic symptoms. 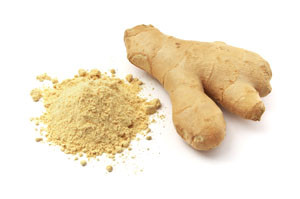 Ginger is a root, and large quantities of this spice are added to a lot of East Asian cuisine and in making lemon and ginger tea. Some people get confused with root spices like ginger: a spice is considered any part of a plant other than the leaves of a herbaceous (non-woody) plant.  As well as boosting the immune system and helping clear sinuses; ginger aids digestion and bowel movement, helps prevent flatulence (carminative) and in addition acts as an aphrodisiac. 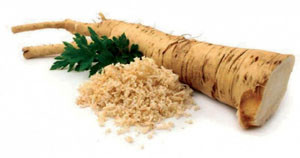 Like ginger, horseradish is another root spice. It taste can be bitter, but this can be prevented by submerging it in vinegar after grating. Much of the wasabi (a Japanese plant used to create a green mustard-like paste) sold in Europe is actually horseradish. Like other mustards, it’s great for clearing and soothing sinus and throat conditions – partly due to its expectorant properties, increasing the water content of mucus to help dislodge it. It also eases irritation and acts as a diuretic. 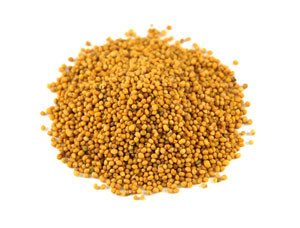 The mustard you may have on your table or hot-dog comes from a seed, ground into a paste. It has a spicy flavour, and you can feel it opening your sinuses. Its other medicinal uses include relieving indigestion and bowel conditions, acts as a natural laxative, some people believe it also aids relieve the symptoms of epilepsy. 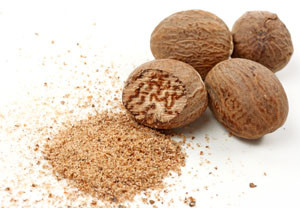 Nutmeg is often used alongside cinnamon when baking, to give goods an earthy depth of flavour. Its medicinal properties are focussed on aiding digestion; helping clear diarrhoea and dyspepsia, and relieving loss of appetite. 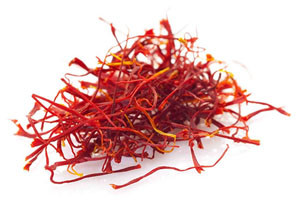 Saffron is a bright yellow flower that, once dried, comes in the form of thin red strands. When added to paella or saffron infused rice, it turns the dishes yellow and gives food a distinctive and delicious taste. In some countries, saffron can be worth more than gold per gram. As well as being an expensive delicacy, saffron has healing properties include aiding women through menstrual cycles, preventing flatulence, acts as a sedative and is an antispasmodic. 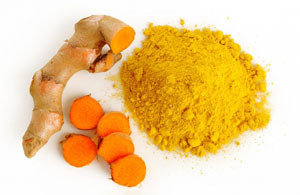 Turmeric is a spice derived from a plant’s root, having a slightly bitter and spicy flavour. Some people consider it a good and much cheaper substitute for saffron. Its health providing properties include lowering cholesterol, it’s an anti-inflammatory supporting arthritis sufferers and it’s an antioxidant helping in the fight against cancer.